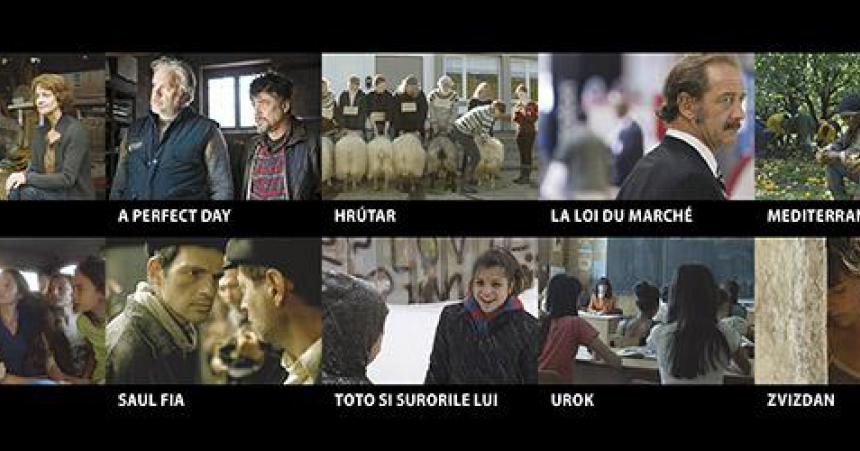 The ravages of time in a normal life, the misfortunes of humanitarian aid, the traditional connection to nature, the struggle to make a decent life in spite of economical crisis, the odyssey of finding a new and welcoming place to live in, the clash between freedom and religious and social constraints, the horror of one of the most unspeakable events in History, the perplexing gap between childhood and real life, the fight against social and moral contradictions, and a love story through the wounds of Europe.

The 2015 LUX Prize Official Selection is nothing less than all of this put together. Given out each year by the European Parliament to cast a spotlight on the diversity of European cinema and its importance in building social and cultural values, the award's 2015 edition has kicked off today at the 50th Karlovy Vary International Film Festival with the unveiling of the ten selected films.

Compiled by the LUX Prize selection panel, the 2015 films feature five first features, the first Icelandic film (Rams) and the first documentary (Toto and His Sisters) to take part in the prize finalists, as well as two films directed by female filmmakers. Out of these ten films, three will be selected and announced at the Venice Days press conference in Rome at the end of July as the prize competitors. These films will vie for the 2015 LUX Prize and will become the core of the 2015 LUX Film Days – an initiative that will make them circulate beyond their national market, subtitling them into 24 official languages of the European Union and screening them in the 28 member countries. The winner will be unveiled at the end of the year in Strasbourg, and will also be made available for the visually and hearing-impaired.

Lastly, the LUX Film Days will let the audiences vote their favourite film through the Audience Mention. As announced today, the winner of last edition's mention was Rok Bicek's Class Enemy, which received the highest number of votes from the audiences across Europe.