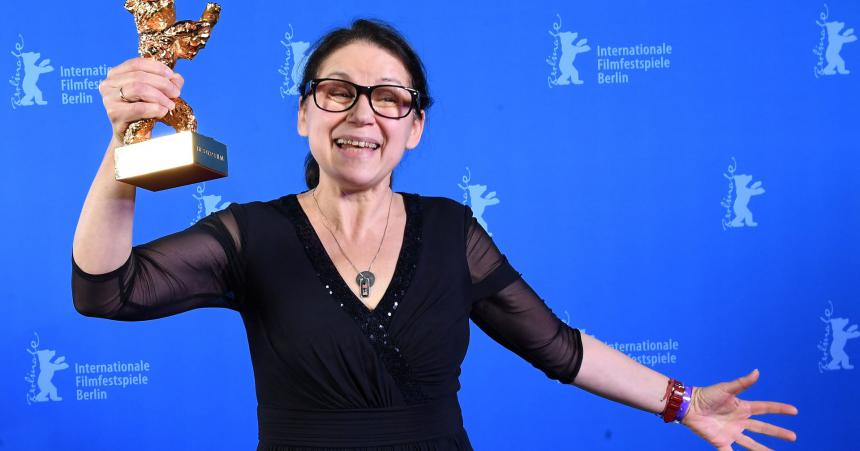 On Body and Soul took the Golden Bear, beating odds-on favourite The Other Side of Hope, which came away with best director for Aki Kaurismaki.

Hungary’s On Body and Soul, a tender love story set in a slaughterhouse, won the Golden Bear top prize Saturday at the Berlin film festival, Europe’s first major cinema showcase of the year.

The drama by Ildiko Enyedi, one of four female film-makers in competition, features graphic scenes in an abattoir set against the budding romance of two people who share a recurring dream.

The win marked an upset at the 11-day Berlinale, where a European refugee comedy by cult Finnish film-maker Aki Kaurismaki, The Other Side of Hope, had been the odds-on favourite. Kaurismaki took the Silver Bear for best director.

“We live in a more and more absurd country, frighteningly absurd country,” she told reporters after the ceremony, while adding that the state film fund served as a “sort of island … We can work there at relative freedom, peace and we get professional support.”