The 1st Edition of the Budapest Classics Film Marathon 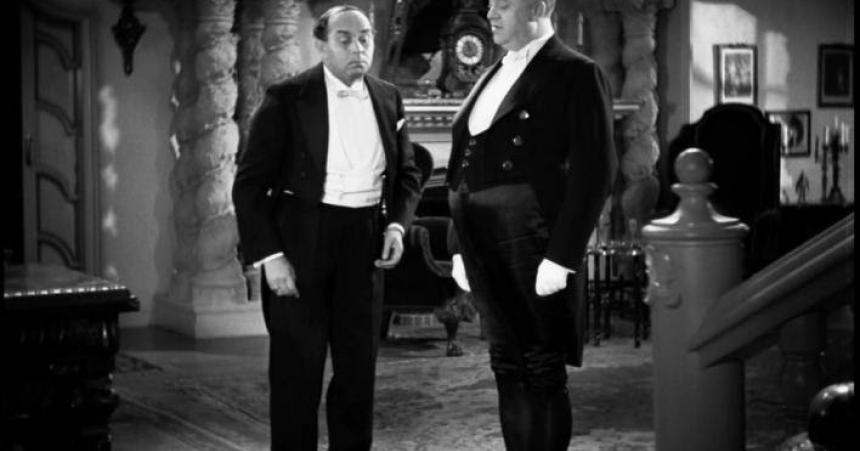 Between 2-5 November 2017, the first Budapest Classics Film Marathon will take place in the city’s oldest and most prestigious film theatres: the Uránia National Film Theatre and Corvin Cinema and also in the Budapest French Institute.

Celebrating its 60th anniversary, the Archive houses more than seventy thousands films, half a million images, more than ten thousand film posters set and costume designs, and a million pages of documentations. The Fund launched a ten-year programme for the restoration of Hungary’s film heritage. In the first year, the following films were selected for preservation: the complete oeuvre of the ingenious director Zoltán Fábri, Géza Radványi’s 'Somewhere in Europe' (Valahol Európában), Ildikó Enyedi’s 'My Twentieth Century' (Az én huszadik századom) along with the animated films of Attila Dargay.

To celebrate its 60th anniversary, the Archive is organizing the 1st Budapest Classics Film Marathon, to exhibit some of its closely guarded treasures to the wider public and international professionals.

The event will focus on newly restored Hungarian and international film classics, the history of the Archive and its activities. During the Marathon, to mark the occasion of his 100th birthday, the audience can see five digitally remastered Zoltán Fábri films. This series will open with 'Merry-Go-Round' (Körhinta). According to György Ráduly, the director of the Archive: "In May, the digitized version of 'Merry-Go-Round' was screened in Cannes Classics with great success, and international film professionals all praised our great classic." It is time to rediscover the famous films by Fábri which might be more beautiful now than at their original premiere. During the Marathon, the viewers can see Géza Radványi’s two films on the big screen again: 'Somewhere in Europe' (Valahol Európában) and 'Girls in Uniform' (Lányok egyenruhában) starring Romy Schneider and Lilli Palmer. Famous Hungarian comedies, such as 'Hyppolit the Butler’ (Hyppolit, a lakáj) and ’That Happened in Budapest’ (Ez történt Budapesten) will take us to the early years of the talkies.

Within the program of the Budapest Classics Film Marathon the Archive will also screen thematic selections from its collection. The program called Hungarian World Classics. Mihály Kertész’s - who later became known as the Oscar-winning Michael Curtiz - 'Last Dawn' (Utolsó hajnal) was made in Budapest 100 years ago. Two other directors who made a career in Hollywood will also have their films shown in this program: two films from André De Toth (Tóth Endre) - his film, 'Two Girls on the Street′ (Két lány az uccán) will be screened on 35 mm from a restored version which is an endowment of Martin Scorsese’s World Cinema Foundation. His later film, 'Play Dirty′ (Piszkos Játék) starring Michael Caine will be screened from the Film Archive’s own copy. The film 'The Red Shoes′ (Piros cipellők), made by Emeric Pressburger (Pressburger Imre) and Michael Powell is known as Scorsese’s favourite film. Along with the screening Charles Drazin, the famous British film historian will have a lecture about the unusual origin of the film. Several filmmakers in the Austro-Hungarian Empire were forced to go into exile. The Marathon will show two hilarious Hollywood comedies. The script of Ernst Lubitsch’s 'To Be or Not To Be′ (Lenni vagy nem lenni) was written by Menyhért (Melchior) Lengyel, while the multiple Oscar-winner Billy Wilder’s 'One, Two, Three′ (Egy, kettő, három) was adapted from the play written by Ferenc Molnár. The film’s production designer was none other than the Oscar-winning Alexandre Trauner (Trauner Sándor).

There are two very special screenings that can be taken as a visual adventure: these are films that were photographed by Jean Badal, (Badal János) who was also the teacher of Zsigmond Vilmos. The first is ’In Soldier’s Uniform’ (Bakaruhában), directed by Imre Fehér, the other is Jacques Tati’s 'Playtime′.

During the Marathon, a special day will be held in the French Institute with special screenings and conferences with respected international experts.