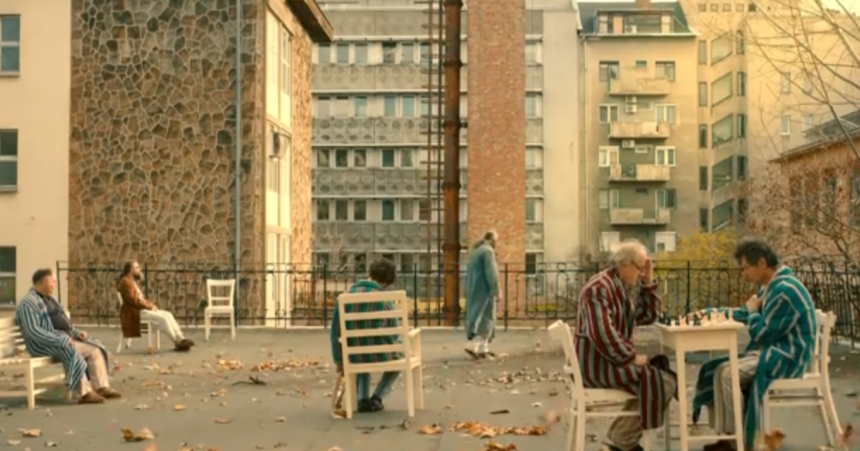 The film Memo by the writer-director István Tasnádi was chosen the best European TV Movie reported by webradio.hu. The award was given to the movie during the Prix Europa festival that is the largest annual tri-medial festival in Europe. The annually organised event in Berlin takes place in the 3rd week of October and awards the best European Television, Radio and Online productions in 14 different categories.

The winner of the TV Movie category, István Tasnádi revealed that in Europe more than 100 movies were nominated in this category, from which only 22 got into the final. From the best works it was the jury, composed of the creators themselves, who chose the winner. The writer-director further noted that, after watching the films of each other, they argued about them for some time and then voted for the best, in the end. The director explained that the movie, Memo, which was released last year, is his 1st movie and is only at its start in the series of festivals. He hopes, however, that it will be displayed in many places that would prompt new festival invitations. Tasnádi was totally surprised by being awarded the prize and joyfully admitted that there is in fact a great need for these types of awards to draw some attention to a movie that is somehow different from others, more unique, representing other values. Moreover, an awarded movie gets always more attention than a movie that is just displayed on a channel for a few times.

Until displaying it on Thursday at the festival, the director did not expect such a great reception of his work. He could not believe that he would get so much positive feedback. He noted proudly that the Finnish president said that this event proved again how crucial role the Hungarian film industry plays in the world. “That was the point when I was sure about falling off my chair” – reminisced Tasnádi. As for the movie, the experts emphasized its dramatic nature, the genuine performance of the actors, the atmosphere of the film and also the exceptional cutting technique and its great images as well. The production takes us to a world that offers a rare and unique experience for 1.5 hours. The TV movie is also recognised in Hungary, as it has won the Hungarian Film Award for Best Screenplay. The story is about an ambitious psychiatrist, Péter Lónyai, who conducts a research on the characteristics of a rare mental mutation, the hyperthymesia, with the aim of curing his father suffering from Alzheimer disease. The producer is Gábor Kálomista while the major actors are Tamás Lengyel, Áron Molnár, Péter Haumann and Orsolya Holecskó. Finally, the creator of the movie asserted that he hopes that a great amount of attention will be drawn to the film and it would reach even further. Anyway, the story itself is quite strong and the performance of the actors is something totally exceptional and extraordinary.